What Spanish Consumer Behaviour Means For Your Brand

Spanish consumer behaviour is easy to understand. They want value for money, and they want you to connect with them. Here’s how to make this work for your brand.

Things are looking pretty good for brands in Spain at the moment.

The economy has been growing steadily for years – and outperforming the rest of the Eurozone. Consumer spending is at a record high. And as more Spaniards join social media, you can be better connected with customers than ever before.

But the Spanish are demanding. They want value, with Spanish flair. And they’re not very brand loyal. If you win their hearts easily, you’ll have to work hard to keep them. But the reward is worth the effort. Here’s how to make the most of the Spanish opportunity.

GET THE PRICE RIGHT

Price is a key determining factor of Spanish consumer behaviour – and it’s changed the way they shop. Because of the recent economic crash, they’re visiting retail stores and supermarkets more frequently, but making smaller purchases.

Their ‘little but often’ approach lets them take advantage of deals and get the best price. Which is why discount stores and cheap non-brand products have also grown in popularity. This means the Spanish will be receptive to your sales and special offers. In fact, promotions should be a key part of your strategy. Timing is everything: although Spaniards will buy two or three times a week, around 50% of sales take place on the weekend.

Thanks to this price hypersensitivity, there’s little brand loyalty. 75% of Spaniards look for bargains before buying something, while 24% will abandon their regular retailer if they find lower prices elsewhere.

It’s not all doom and gloom though. Older consumers generally prefer known brands, but they’re curious and willing to make changes to their lifestyles. Meanwhile, younger consumers can be easily swayed by new products entering the market. Such inquisitiveness means Spanish consumers are willing to give your brand a chance.

The Spanish want a good price for their purchases. But they also love to splurge on high-quality items. Especially when those items are Spanish – or have a Spanish vibe. Of course, you can’t just pretend you’re Spanish when you’re not. Or namedrop Spain and wait for customers to come running.

But you can add some Spanish ‘spin’ to your brand. And the more personality you can inject, the better. Use personal language like ‘we’ and ‘us’. Featuring real Spanish people or places will also go a long way.

It worked for IKEA. They wanted to change Spanish perceptions of their mattress range, so they launched their ‘Hotel Amour’ campaign. They invited real Spanish couples to stay in a hotel and test out the IKEA mattresses. Then they filmed the couples’ reactions the next day. The cheeky campaign was a huge success and generated national press coverage. More importantly, it helped to change how consumers see their mattresses.

Television is one of the best media in Spain for spreading the news about your brand. 99.7% of Spaniards own a television, but the TV advertising industry is competitive and expensive. Unfortunately, this means it’s often beyond the reach of all but the most powerful brands. (If you happen to be one of those, peak viewing hours are between 2–4 pm and 9–11.30 pm, so time your ads accordingly.)

Don’t panic if you can’t afford TV: radio is also very popular. 60% of Spaniards listen to radio every day for at least two hours. Targeted radio ads can give you some of the reach you’d miss out on by not appearing on television.

And don’t overlook the importance of digital channels. 72% of Spanish internet users bought something online last month – and the market has plenty of room for growth. Make sure everything you do is mobile-optimized, as 86% of Spanish consumers use their mobiles to access the internet. It’s especially important if you’re targeting a younger audience – over half of teenagers use their mobile for all internet interactions.

Ultimately, Spanish consumer behaviour is straightforward. Brand loyalty is not a key market driver, so don’t get lost in grandiose brand building. Instead, give the Spanish what they want: value for money and a personal connection with what you’re selling. Achieve that and the rest will follow.

If you’d like help launching your brand in Spain, get in touch – we’d love to help.

Photo by Nicole Wolf on Unsplash 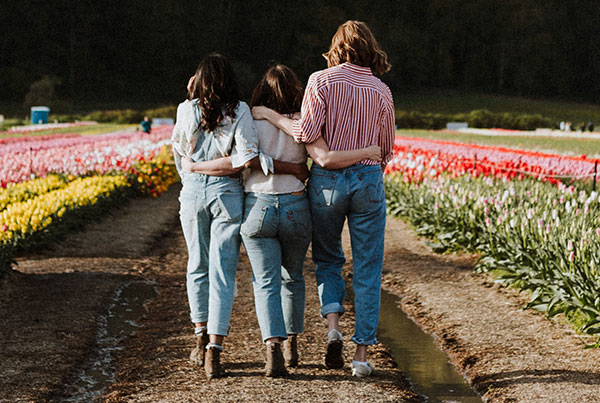