Goodbye, Facebook. Hello, Instagram. The key players in Dutch social media are changing. Want to launch your own campaign in the Netherlands? Here’s what you should know.

64% of Dutch consumers are active social media users. That’s just a few percentage points behind the Brits, and a little ahead of the Italians and Spaniards. And the number of daily Dutch users is growing.

Facebook-owned networks continue to do well. But success for WhatsApp and Instagram masks the number of people leaving Facebook itself.

So what – and where – should you post on Dutch social media? Here’s our rundown of the winners and losers, plus all the trends you should be aware of.

WhatsApp is the Netherlands’ most popular social network. Installed on 96% of Dutch smartphones, it appeals across the generational divide. They’re using it a lot too – 42% of Dutch users check it first thing in the morning (email’s a close second, particularly for older age groups). With WhatsApp advertising due to launch in 2020, brands will have even more opportunity to make the most of this.

Railway operator NS got ahead of the game by launching a WhatsApp thriller this year. The plot unfolded via 210 texts, photos and video messages. The title? ‘Ontspoord’ (‘Derailed’).

Customer support via social media is already well-established in China. But it’s becoming more common in Europe too. Set yourself up for success on Dutch social media by combining great marketing with excellent customer service.

Instagram is enjoying a strong tailwind. It’s grown by 20% since 2018, with 63% of Instagram users logging in daily – more than YouTube. This is largely down to its popularity with under-40s.

Instagram’s also home to many of the Netherlands’ influencers. Be aware you won’t find huge numbers here. It’s a small country – most influencers have 5–20,000 followers. But their engagement rates are above the global average, making these micro-influencers a great way of reaching potential customers.

That said, many brands choose to go it alone. E-commerce site and retailer Coolblue promotes its customer service and extended opening hours on Instagram. It puts its tagline ‘anything for a smile’ to good use. With 41.5k followers, it shares pictures of many smiling employees and customers.

Mobile bank ING Nederland posts content about the value of money and covers social justice topics. It’s a clever nod to the egalitarian spirit of the Dutch – a great example of a global brand taking a local approach.

Whatever your campaign, Instagram’s rapid growth means you should be considering it.

Facebook’s been the biggest loser over fake news and trust issues. The Dutch don’t explicitly declare their privacy concerns – they lag 12% behind the global average. But this may be because they feel protected by the law, rather than complacency. 630,000 have left the platform since 2018 – 5.7% of the total Dutch Facebook users at the time.

But don’t count Facebook out just yet. It still has 10 million users in the Netherlands, making it the second most popular social network. And it’s particularly popular among over 25s.

So what should you post? In line with Dutch cultural values, inclusivity is a common theme. Popular campaigns include gay couples modeling for Suitsupply (‘Find your perfect fit’) or Coca-Cola celebrating Ramadan.

Pinterest has grown by 18% in the last year, overtaking Twitter in the process. Big names like Ikea, cooking brand Allerhande and DIY site Karwei have all set up company profiles. The result? 1.9, 1.8 and 3.2 million monthly unique views.

Dutch social media is often multilingual – mostly Dutch and English. And Pinterest is no different. It makes a quick launch easy. But ultimately, the Dutch are no different to the rest of the world. They prefer to speak in their mother tongue, so don’t forget to localize your content.

LinkedIn is going strong in the Netherlands. Not only is it gaining users, those users are checking in more often. 19% more people now use it daily compared to last year.

It’s not just the Dutch though: across the world, LinkedIn users are becoming more active. 50% more members engage with their feed. And likes, comments and shares have doubled. Which means for B2B businesses, LinkedIn is still the social network to target.

Dutch social media is going strong, which means competition is stiff. Secure success by choosing social networks carefully and build lasting appeal with your understanding of local culture and language.

Need help? Our team is here to help. Check out our global social media service and get in touch. We’d love to hear from you.

Photo by Mpho Mojapelo on Unsplash

How To Adapt Your Digital Presence During COVID-19 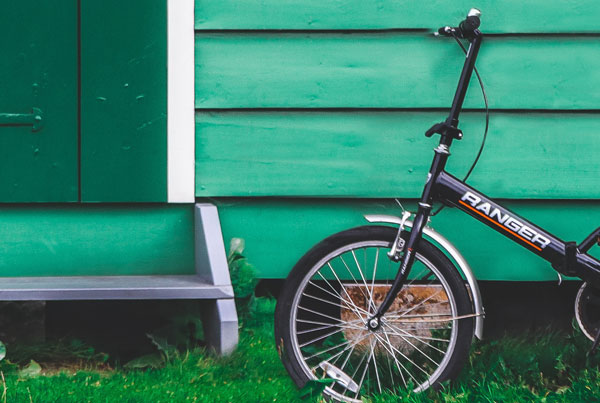 E-Commerce In The Netherlands: How To Go Dutch